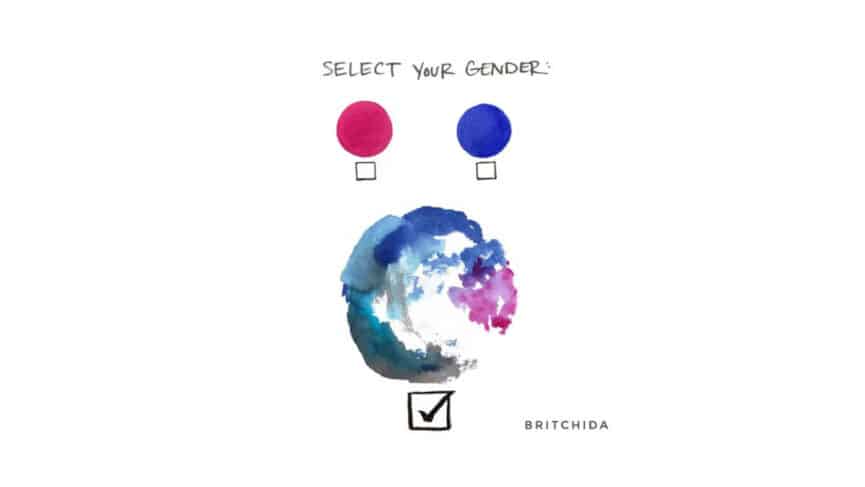 Check out this sentence:

“Casey called me last night, and Casey said Casey is having a tough time. Casey asked for my help.”

Oof, what a mouthful. That’s where pronouns come in.

“Casey called me last night, and she said she’s having a tough time. She asked for my help.”

“Casey” is one of the most common unisex names in the US, meaning it’s used by people of all genders.

So, in my example sentence, how do we know what kind of Casey we’re talking about?

I could replace “she” with “she/he” or “he or she,” but that’s pretty cumbersome.

Luckily, English already has a solution (we use it all the time).

Notice what I did there?

I used the pronoun “they” to refer to a single person.

Not only that. I casually used it in the bold sentence above as well to set up the quotation.

Did that strike you as odd? Or simply normal?

Some people object to “they,” saying it only refers to more than one person.

But that’s simply not true. We use it all the time when gender is ambiguous.

If you mention your cousin, I have no idea what gender they are.

(By the way, According to the Oxford English Dictionary, singular “they” actually dates back to 1375.)

Now, here’s an edgy question to ponder (I’d love to hear your response too):

What do we gain or lose by ever using “he” or “she” rather than just referring to everyone as “they“?

(P.S. Notice how I haven’t even mentioned trans or gender nonconforming people yet. We’ll get there, but I hope you can already see that the discussion around pronouns applies to everyone.)

Properly answering the question I posed above is a big undertaking. But I’m going to go through some of my answer in the rest of this post.

When a human is born and assigned a gender (“he” or “she”), that comes with expectations, possibilities, and limitations.

Based on their assigned gender, they’ll internalize very different stories—about their identity, their place in the world, and what’s available to them.

Those stories will vary based on the culture (and time period).

This hurts and limits the children in each of those bedrooms in different ways.

You’re in an online course cohort where everyone is anonymous (no genders listed).

Say you’ve enjoyed regularly interacting with someone, and one day someone who knows them in real life refers to them as “she” or “he.”

What changes in that moment for you? Does it feel like a contraction or an expansion?

Is it pleasant or unpleasant? In what way? (Take a moment and really notice.)

Now, how about this?

Let me tell you about my colleague at work.

“She’s been having a tough time.” (Pause, notice what you imagine.)

“He’s been having a tough time.” (Pause, notice what you imagine.)

Is the type of tough time they’re having different in your mind?

Even though I just said “he” and “she” box us in, nuanced topics like this are not either/or—they’re both/and.

Women have been marginalized.

Mainstream US culture has always operated under the presumption of two genders (this is what we call the “gender binary”).

This culture has favored men and marginalized women (from a century of fighting for the right to vote, to the glass ceilings & pay disparity of today).

“She” can empower women.

Yes, if we all used the pronoun “they,” we might be boxed in less (i.e., we could each live our lives without culturally-imposed expectations and limitations forced on us when our gender is assigned at birth).

But, using “she” can be a point of pride for women who have succeeded despite the odds stacked against them.

“She” can break down stereotypes. It can inspire young girls to follow their dreams.

There’s power in referring to an engineer as “she”—or any other career that’s typically been dominated by men.

(And, there’s also power in referring to an engineer as “they”—for the exact same reasons, but for people who identify as trans or nonbinary.)

In mainstream US culture, guys haven’t had a lot of great role models.

Most men in TV & movies have been portrayed as either:

“He” can help us reclaim healthy manhood.

For those of us who want men to be (and do) better, we can choose to proudly refer to ourselves as “he.”

As a guy into social justice and feminism, it’s been tempting to want to abandon “he.” It feels gross sometimes to be associated with the many toxic men who have used their power to oppress others.

But there’s another option:

We don’t have to abandon the male gender as a lost cause.

We can redefine what’s possible for men. We can retain “he” and reclaim a less toxic version of manhood.

That’s why we each get to choose our pronouns.

That’s why it’s important to share yours and ask someone else for theirs.

That’s why pronoun options are liberating for all of us. (And especially for people who identify as trans or non-binary.)

How has all this affected me?

I began learning about pronouns to be a better ally to people who identify as trans & non-binary.

But along the way, I learned how important this is to all of us.

Gender is a societal construct.

What makes traits “masculine” or “feminine” is dictated by the culture and time period.

Learning about pronouns has informed my own journey around gender identity.

In Western culture, feminine traits tend to include empathy, humility, and slowing down.

Masculine traits tend to include assertiveness, toughness, and being stoic.

If gender is a spectrum with masculine “he” on one end and feminine “she” on the other, I identify a lot more with the traits on the feminine end.

On the other hand, I very much look like a traditional man: my clothing, my hair, my stubble. Plus, I’m not sexually attracted to other guys.

Because of this mix, “they” is appealing to me.

It more accurately describes the combination of feminine and masculine traits I feel inside myself.

And, it’s an act of rebellion—a pushing-back against the status quo that boxes us into only two possibilities.

So why do I still use “he/him” pronouns (for now, at least)?

I’ve gone back and forth on daring to use “they/them” instead, but the big reason I’ve stuck with “he/him” is this:

I want to stay in my lane.

I’ve gone through life with so many unearned advantages as a man.

Anyone who saw me walk by would 100% refer to me as “he” without a second thought.

That kind of ease isn’t true for many people who identify as trans, non-binary, or gender-nonconforming.

And because many of them appear more ambiguous or outside the norm, they’ve had to deal with a lot of oppression and marginalization.

So, in my view, they deserve to use “they” more than I do, and I don’t want to erase any of their life experience by claiming that pronoun for myself.

Plus, for many people who identify as trans or non-binary, “they” is a much deeper need.

But for many of them, it’s a far more powerful “felt-sense.” They vehemently feel neither “he” nor “she.”

For example, for some female-presenting people I know (i.e., people who look female), wearing a dress (or highly-feminine accessories) makes their skin crawl.

It’s a strong, visceral reaction, and one that I don’t have wearing a suit.

So, where does that leave people like me who are drawn to “they” but who want to be good allies?

If you notice any emotional reaction reading that list, I invite you to examine: What’s going on there? What does it mean to you if, say, a male-presenting (i.e., male looking) person wears nail polish?

Really notice. What do you decide? That this person must be… gay? trans? Or perhaps, just not strictly “he” or “she”?

I believe that dismantling white supremacy benefits both people of color as well as white people.

Similarly, educating people about pronouns and normalizing their usage most benefits people who identify as trans, non-binary, or gender nonconforming.

But I believe it actually liberates all of us—even heterosexual cisgendered guys like me.

It makes all of us more free—to live as we are and as we want to be.

Thanks so much for reading this (and, if it resonated with you, please share it with other men in your life).

I’d love to hear from you:

What’s your biggest takeaway? What will you be left pondering?

(P.S. The amazing piece of art I used for the cover image on this post is by Britchida. I didn’t ask for their permission to use it, but I love their art for simply conveying complex topics like gender, and I encourage you to support them and buy it.)